A new research centre will aim to “shine a light” on why young people develop mental health problems.

It will look at whether parents, family or genetic factors play a part, as well as social media and wider lifestyle and environmental issues.

It will track the progress of thousands of teenagers and adolescents to better understand what happens.

The charitable Wolfson Foundation is investing £10m over the next five years and will bring together experts from different fields.

Welcoming the investment, Cardiff University psychologist Fran Rice, who will co-direct the new centre, said it would “shine a light” on adolescent mental health.

“It’s an appreciation of this area of research, the significance of the problem and involves schools, young people, healthcare professionals, scientists and government working together to try to understand the causes and develop new methods of ensuring there is adequate help and support early on,” said Prof Rice.

In the UK, one in eight young people experience anxiety or depression – a rise of 50% compared to 20 years ago – and the vast majority go unrecognised, according to the team.

But the start of the increase predated social media, so there was not a simple cause.

The Wolfson Centre will focus on five scientific areas:

“This major investment will allow us not only to understand the causes of anxiety and depression but help create early interventions to ensure that young people get the right help, advice and support they need.” 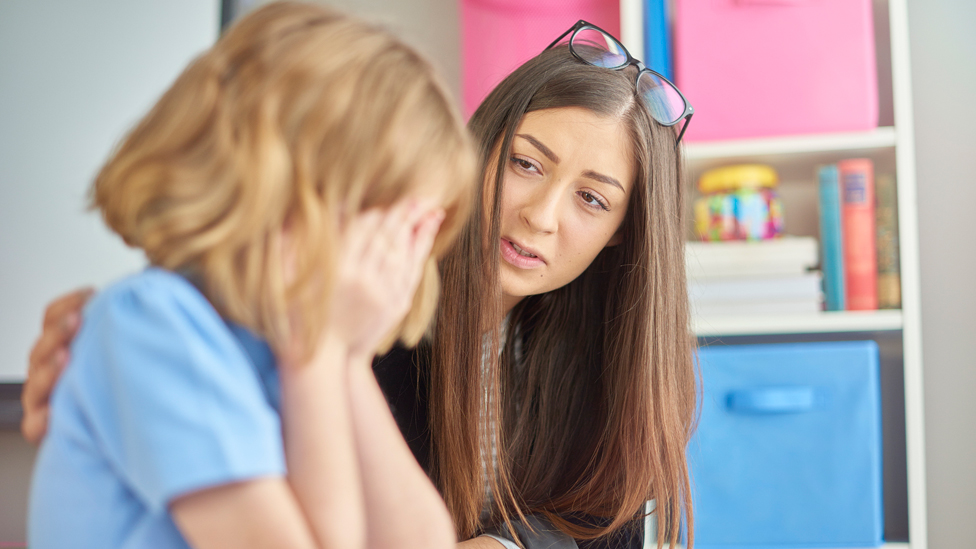 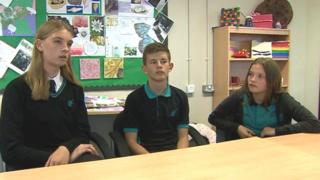 At Ysgol Gyfun Gymraeg Bro Edern in Cardiff, there are health and wellbeing lessons and a counsellor. Teachers also believe there is far more openness about mental health issues now.

But there are also more expectations and less downtime.

“I feel young people are under far more pressure than they were 20 or 30 years ago,” said Alan Williams, the deputy head teacher.

“There’s more pressure on examinations, there’s a focus on it in the media, schools are held accountable but unintentionally, more pressure is passed onto young children.”

He believes there is also less quality time spent away from social media.

“Some people rely on social media for validation – it’s something you put on yourself but then you’ve got to step away from it for a bit and I think that’s really hard for some people.”

Olwen, 13, said: “You’re expected to feel, act or behave in a certain way – whether comparing yourself to celebrities or just the more popular groups in school. It can be hard if you’re not included.”

Gwion, 15, added: “One of the main things is exam pressure – it’s huge – and social media, you’re always comparing yourself to people who have the perfect life or mindset. You can see it every minute of every day. Before phones were around, if you had an argument or were getting bullied, it would stop at the end of the day when the bell went. Now it’s a constant 24/7 and you’re more vulnerable.”

He would like to see the support available at all schools.

Prof Rice said it would be important to involve young people themselves when it comes to improving services.

The Wolfson Centre’s plans include developing the next generation of youth mental health experts and holding an annual adolescent mental health summer school for training.

The Wolfson Foundation is a charity which has already made £900m worth of grants and was set up in the name of the late mail-order tycoon and philanthropist Sir Isaac Wolfson.