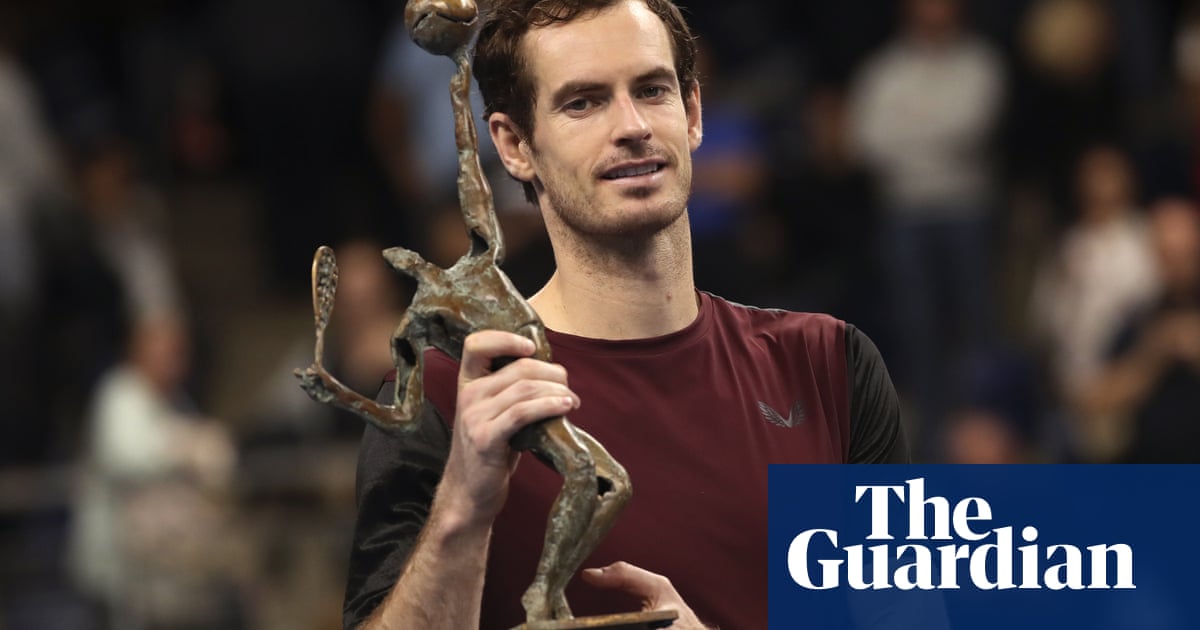 Andy Murray believes his surprise victory in Antwerp last month showed that is able to consistently play at a high level as he sets his sights on the Davis Cup and then the Australian Open in January.

The former world No 1 was speaking after a chaotic October in which his four-week tournament run across two continents culminated in a victory in Antwerp over Stan Wawrinka. A few days after he returned from Belgium, Murrays wife, Kim, gave birth to their third child, a son.

Murray took a short break after his success in Antwerp but he will return to contest his final tournament of the season at the Davis Cup Finals next week in Madrid. He will be flanked by his Great Britain teammates Dan Evans, Kyle Edmund, Neal Skupski and his brother, Jamie, in the revamped format debuting this year. Murray joined many other players in expressing doubts about the atmosphere in lieu of its historic home-and-away format.

I love being around the team and Im excited to see what the new format looks like and I hope the atmosphere is brilliant, said Murray at the launch of his AMC collection with clothing brand Castore on Tuesday, which he will sport in Madrid. Thats my one concern about it. From what I hear weve sold a lot of tickets and will have a decent fanbase out there. But how does that work if we get through to the quarter-finals, who has tickets for that, how many can stay. Well see but itll be interesting to see how it goes.

After the Davis Cup, Murray will immediately look towards his next big obstacle: competing over best of five sets at the Australian Open. The 32-year-old is not concerned about how his metal hip will respond to the demands of five sets. Instead, as was the case in China, he is curious to see how his body will hold up as it continues to readjust to the intense grind of the sport.

Im not worried from the hips perspective as Ive had zero issues with it so far so I dont anticipate that playing an extra 45 minutes or an hour will be bad for my hip, he said. The rest of my body how that responds, Ill see when Im out there. My physio has always been more positive about me playing grand slams and playing a tournament when you play five days in a row. She loves the fact that theres a day off to rest and actually recover and your body gets a chance to rest up before the next match.

Sometimes in Antwerp where youre playing back to back days theres no chance to do that so I guess Ill see how it responds when Im over there. I wouldnt anticipate Id be playing seven best-of-five matches out there like maybe previously would have been my expectation.

After an emotional and difficult season, Murray admitted that success in the new year will be defined by his health and happiness rather than results. I would want to be healthy. Thats what Id want and I think over the last six months or so definitely six to nine, you realise what really is important. You can remember why I started playing tennis in the first place and what the reasons for that were.

I played tennis as a kid and through my professional career and I did it because I really loved playing. Being healthy allows me to do that. And its nice to be able to win big competitions and have a high ranking and stuff. Thats great but actually the reason why Im playing is because I love it and I need to remember that.