Runny nose, stuffy head, congestion, sore throat, hay fever, asthma attack – the annoying symptoms of a cold war waging closer to home. To varying degrees, all people are forced to combat the dreaded cold and its violent relatives. Although it has long been said that there is no cure for the common cold, sufferers seem willing to try anything to breathe easy again, collectively spending billions of dollars each year on cold-related medicines, cough suppressants, antihistamines, asthma drugs and antibiotics. Despite controversial data regarding the efficacy of these drugs, people casually consume them, only to discover that drugs’ harmful side effects are a heavy price to pay for temporary freedom.

Because a cold is caused by a virus, it cannot be cured by medication. Cold medicines may help suppress symptoms, but the cold virus continues to roam inside the body. Notwithstanding this fact, potentially harmful cold medicines abide in most household medicine cabinets. Beside their questionable ability to offer relief, cold medicines may contain drugs such as triprolidine, pseudoephedrine, guanifenesin, phenylpropanolomine and pheynylephrine. Many cold medicines combine several of these chemicals into one tablet, giving the false impression that more is better, when in actuality, they merely increase the risk of unwanted side effects. The damaging results of these drugs may include high blood pressure (especially dangerous for people with heart disease, diabetes or thyroid disease), confusion, nervousness, dry mouth, constipation, difficulty urinating, decreased sweating and worsening og glaucoma.

Unaware of these side effects, many people also mistakenly use cold medicines to regularly treat allergies. Nasal sprays containing ingredients such as pseudoephedrine hydrochloride or other antihistamines may prove harmful to sufferes of allergies. Using these ingredients may lead to rebound congestion, icreased nasal stuffiness and permanent damage to the membranes lining the nose.

Just as a runny nose promotes beneficial drainage, a fact ignored by many, a cough can also be a productive way to naturally remove harmful material. Although a dry or painful cough may be a sign of a more serious condition, most coughs should not ne depressed. Adverse effects of cough suppressants such as hydrocodone, dextromethorphan and phenyltoloxamine include skin rash, dizziness, nausea, nasal congestion, constipation, dry mouth, difficulty urinating, blurred vision and headache.

The combination of iodinated glycerol and codeine, commonly promoted as a cough suppressant, should especially be avoided. An unpublished study performed under the direction of the National Toxology Program (Department of Human Services) found that Iodinated glycerol may cause illnesses as severe as cancer. In general, coughs are most effectively combated by clear liquids, which help thin mucus and promote effortless breathing.

The antihistmaine hydroxyzine, used to treat itching and hives, may also cause restlessness, seizures, trembling or shakiness. Another antihistamine, diphenhydramine, may cause unusually fast heartbeat, increased sensitivity to the sun, unusual bleeding, sore throat, nervousness, restlessness, irritability and ringing in the ears.

Adverse cardiovascular effects are extremely rare, but patients using the antihistamine astemizole have reportly experienced cardiac arrest, venticular arrhymias and even death as a result of the drug.

Although its symptoms resemble that of the cold, asthma is a delicate condition that must be carefully monitored and treated. Drugs such as aminophyllines, theophylline and oxtriphylline are frequently used to treat symptoms of chronic asthma, bronchitics and emphysema, including difficult breathing, sneezing, chest tightness and shorteness of breath.

Asthma drugs open airways in the lungs and increase airflow, making breathing easier, but this process is not without risk. The body can only tolerate a specified amount of an asthma drug. Too little may bring on an asthma attact; too much can lead to seizures, irregular heart rhythms, pounding heartbeat. Adverse effects include bloody stools, confusion, diarrhea, dizziness, flushed skin, headache, increased urination, loss of appetite, muscle twitching, nausea, trembling, trouble sleeping, vomiting of blood, heartburn, etc.

The asthma drug pirbuterol can cause or wosen high blood pressure, diabetes or heart disease. Inhaled drugs, such as albuterol and terbutaline, have been found to cause tremors, jitters, nervousness, and in extreme cases, begign tumors in the ligaments and heart disease.

Since the cold and flu are caused by viruses, they cannot be cured by antibiotics. Antibiotics, when used incorrectly, can seriously damage the body’s immune system. Side effects of antibiotics include allergic reactions, diarrhea, skin rash, abnormal weakness, joint and muscle pain, nausea or vomiting and bleeding. In extreme casses, a simple cold may even develop into pneumonia because the antibiotics makes the body less resistant to a bacterial super infection.

When given an antibiotic, the body can also develop a bacterial resistance to the antibiotic, making them useless in future instances when they could have proven effective. After many congressional hearings regarding these harmful side effects, it has become the general consencus that forty to sixty percent of all antibiotics are misprescribed.

As evidenced, the harmful side effects far outweigh the benefits of medically treating cold-related symptoms. Despite this unsettling fact, cold, cough, allergy and asthma sufferes can still find relief. In many cases, common sense can prevent the common cold and its symptoms from ever attacking. People who don’t smoke, for instance, are less likely to catch a cold because smoke paralyzes the hair-like cells that clean out the body’s airways. Frequently washing one’s hands is another effective way to prevent colds.

Proper diet in accordance with nutritional immunology, adequate amounts of liquid, and ample rest are also effective methods used to both prevent and treat cold symptoms. By taking preventative measures, even those most prone to attack can outwit and overcome the cold war offenders.

Learn How To Trade Futures

The Trading Pro System is the ultimate real world options trading education course. This is the original course that has sold many[...]
Read More
⇛ view similar products
Ho'oponopono Certification

By juicing instead of just eating raw vegetables and fruit, it is the only method making a diet to boost testosterone easy, fast, [...]
Read More
⇛ view similar products
Juicing For Your Manhood: Cure Ed

By juicing instead of just eating raw vegetables and fruit, it is the only method making a diet to boost testosterone easy, fast, [...]
Read More
⇛ view similar products
The Laserless Tattoo Removal Guide

The Laserless Tattoo Removal Guide and trade; How to Get Rid of Unwanted Tattoos Naturally without Painful, Expensive and Harmful[...]
Read More
⇛ view similar products
How To Capture The Human Figure 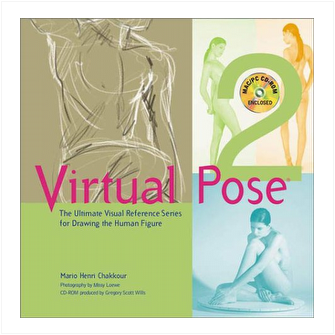 The Virtual Pose Series Features Stunning Figure Models In Artistic Poses That Can Be Smoothly Rotated At Will A Full 360 Degrees [...]
Read More
⇛ view similar products
How To Capture The Human Figure

The Virtual Pose Series Features Stunning Figure Models In Artistic Poses That Can Be Smoothly Rotated At Will A Full 360 Degrees [...]
Read More
⇛ view similar products
Secret Language To Get Your Desired Girl

Learn a secret language that makes any woman feel an uncontrollable obsession for you and a skinny, ugly-looking dude used this la[...]
Read More
⇛ view similar products
The Stress-free Golf Swing 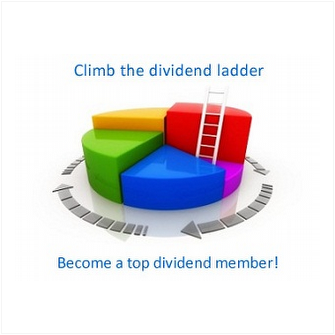 Model Railroads for beginners is a one stop book that holds all the secrets to your breaktaking railroad.This downloadable book ha[...]
Read More
⇛ view similar products
Model Railroad Guide

Model Railroads for beginners is a one stop book that holds all the secrets to your breaktaking railroad.This downloadable book ha[...]
Read More
⇛ view similar products

Any cookies that may not be particularly necessary for the website to function and is used specifically to collect user personal data via analytics, ads, other embedded contents are termed as non-necessary cookies. It is mandatory to procure user consent prior to running these cookies on your website.