Employment in the healthcare industry is projected to grow, but women particularly women of color are being left behind 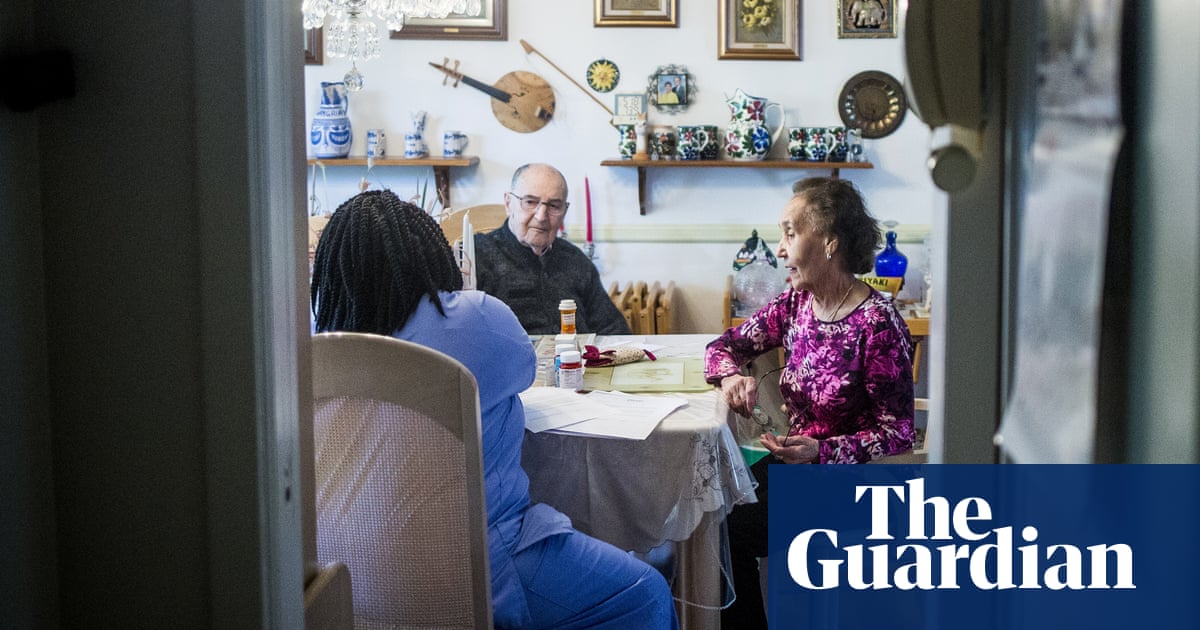 One of the biggest challenges is explaining that you are not a maid. That your job is not to clean up after everyone, said Marisol Rivera, who has been caring for elderly and disabled clients in their New York homes for 20 years.

Rivera is one of the millions of women now employed in the USs fastest-growing job sector: healthcare. Driven by an ageing population and propped up by government funds, in 2017 healthcare jobs surpassed manufacturing and retail once the two driving forces of employment in the US. And by all predictions it will keep on growing.

Job growth in the US has broken all records and healthcare has been the leading force in that growth. But wages? Wages are another story. One that shows how women, and particularly women of color, have been left behind even in the hottest job market in US history.

There are now 18 million healthcare workers in the United States 80% of whom are women and healthcare employment is projected to grow 14% from 2018 to 2028, much faster than the average for all occupations, according to the Bureau of Labor Statistics.

As baby boomers age, jobs looking after the elderly and disabled are growing exponentially. Today there are 2 million home care workers like Marisol as well as 2.4 million nursing assistants in nursing homes and other institutions. Nine out of 10 home care workers are women, 25% are African American and 25% are immigrants. Many of them are undocumented.

Home health aides work long hours, often with no benefits, paid vacation or sick leave and without the backing of a union. The job entails everything from helping patients with their daily personal tasks, assistance with basic medical care, to light housework and keeping patients company. But the potential for exploitation is high. The kind Marisol calls extra work.

The job is physically strenuous and ranks high on the list for work-related accidents. It is also emotionally taxing. Deborah OBryant, a home health aide for the past 12 years, remembers one of her hardest experiences was caring for a cancer patient: I had to take her to radiation every day. She could not speak. I learned how to read lips.

According to a report by Paraprofessional Healthcare Institute (PHI), a not-for-profit organization based in New York City that works to improve long-term services and support for elders and individuals with disabilities, in 2017, one in five home care workers lived below the federal poverty line and over half relied on some form of public assistance.

Caitlin Connolly, an expert at the National Employment Law Project (NELP) sees a direct link between low wages in the care giving sector and the legacy of slavery. African American women who didnt work the fields had to provide unpaid household care for white families. Even after emancipation those former slaves and their descendants were kept out of good-paying industries and denied the protections given to other workers. Up until 2015, home care workers did not have the right to a federal minimum wage, she says. Care workers were even excluded from the protections provided by the landmark Fair Labor Standards Act of 1938 to accommodate southern segregationists.

And despite the demands of an ageing US population and the tight labor market, wages for women across the United States remain lower than mens. According to the Institute for Womens Policy Research, female home health aides and registered nurses earn 92% of their male counterparts wages.

Able to earn more elsewhere, it appears men are ditching healthcare. Nora Higgins, a nurse practitioner who teaches at nursing school has witnessed how men have been dropping out of her classes since she started teaching back in 2001. Out of a class of 90 there used to be 12 to 15 [men]. Now there are only a handful, she says.

Across all occupations, female full-time employees earn 80 cents for every dollar that a man earns. And the gap is far worse for women of color. On average black women in the US are paid 38% less than white men.

The fight for equal pay is back on the political agenda. Megan Rapinoe and the US womens national soccer team have taken up the mantle by suing the US Soccer Federation. The US womens team continues to earn significantly less than the men, despite being more successful and bringing in more money. Senator Elizabeth Warren, a Democratic presidential candidate, has announced her plan for an executive action to boost wages for women of color and open up new pathways to the leadership positions they deserve, on day one of her presidency, if elected.

Some states have moved to boost wages for all by imposing higher minimum wages. New York has mandated a minimum wage of $15 an hour to workers like Marisol and Deborah since January.

And yet experts such as economist Elise Gould at the Economic Policy Institute warn that wage growth is slower than we should expect in a fully healthy economy.

And while unemployment is at record lows with 6.1 million unemployed persons in July, the figures dont speak to the number of people of working age who have dropped out of the workforce entirely because of low wages or the high cost of childcare. Neither men nor women are back to their pre-recession participation levels, says Gould.

Its a predicament that hurts employers, too, as they struggle to keep people on the job. This year, the home care industry turnover rate reached an all-time high of 82%. Turnover rates are astronomical, says Caitlin Connolly at NELP. This has a huge impact on the quality of services. And the number of people 65 years and older is due to double by 2030. How can we keep up? asks Connolly. We need to improve the quality of these jobs.